0
was successfully added to your cart.

Grown is a design, guide and weaver collective. We share the passion for design as nature, for social outdoor experiences to play, connect, learn, mimic, weave, emerge. Some of us develop a new product, some a new adventure, others a new course. We cooperate and we work as individuals. With freedom to roam yet structure and community to hold on to, to inspire, to support.

Tobias Luthe (PhD) is an academic transdisciplinary hybrid. He is trained in forest and environmental sciences, in wood engineering and passive house design, environmental economics, sustainability communication and didactics, and in resilience of social-ecological systems. Tobias currently works as professor for sustainability science and regenerative design, associated at The Oslo School of Architecture and Design, ETH Zurich, and the University of Freiburg. At ETH, he directs Systemic Design Labs with research and teaching in circularity. He is co-founding director of the MonViso Institute in the Italian Alps, a real-world laboratory for sustainability transitions and regenerative design. And he co-founded Grown, a design as nature lab and experience collective, winning industry awards for bio composites. Tobias is a certified ski mountaineering guide (German Alpine Association DAV), staatlich geprüfter Skilehrer DSLV Alpine/Nordic/Tele (ISIA), Swiss Snow Pro (ISIA), Professional Ski Instructor of America (PSIA). He is former Head of Environmental Affairs of the German Ski Federation (DSV) and former member of the German Demo Team Telemark (DSV). He was the first Telemark skier to pass the exam as state certified sports teacher for alpine skiing (staatlich geprüfter Skilehrer). 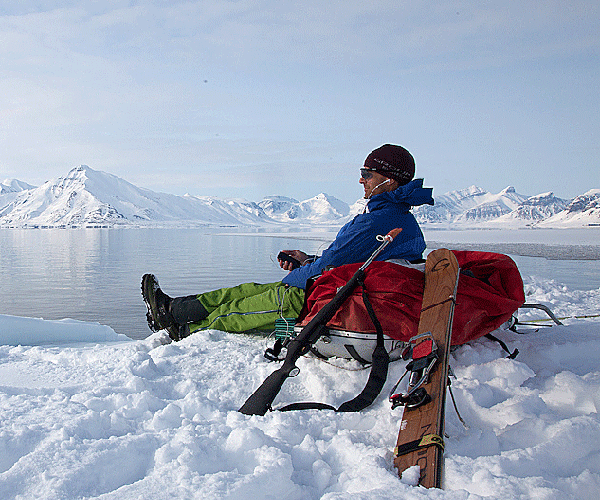 Dario is an Eco-Designer (Ph.D.), and an outdoor enthusiast from Turin, Italy. The aim of his professional and academic career is Environmental Sustainability through the application of Systemic Design in industrial processes as well as the ecodesign approach for products and services. He has more than 10 years of work experience in the field of sustainability consulting and project management in the sustainability field both for private Company and in academic projects at Politecnico di Torino. As eco-designer consultant Dario has become heavily involved in the eco-design process for innovative products, amongst others the Cinelli HoBootleg, and the Giro Silo – helmet. During his Ph.D. he has deepened the Systemic Design methodology applied to innovative water treatment for its domestic purpose. In 2016, Dario started as a co-founder 4th-Phase, Inc. with the aim of developing a membrane-less and free energy water purification technologies based on the Exclusion Zone phenomenon.

He is really passionate about the potential of sustainability through design truly believing that design can change our world. 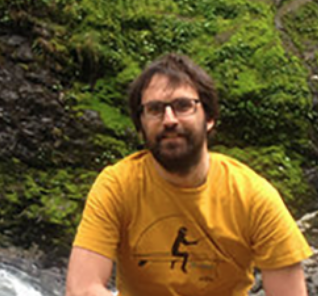 Based in Paris and originally from Poland, Justyna is a value-driven designer and a trained architect, guided by curiosity. She practices informed design for innovation and systems change and uses technology and science as support to creativeproblem solving, while navigating through positive impact. Justyna initiated POC21, a hardware innovation camp for climate solutions — as side event to the UN’s COP21 Summit in Paris – that brought together 300 + makers, designers, engineers, scientists and geeks to join forces and prototype a fossil free, zero waste society. She was architect and designer at Open Systems Lab and at Ouishare, an international collective of freelancers, entrepreneurs, and thought leaders who partnered up to research emerging topics, consult on new business models and organisational transformation, contribute to learning and development programmes, support the creation of emergent communities, and organize learning expeditions. Justyna regenerates in strong nature and loves finding the most tasty mushrooms in the woods around the MonViso Institute. 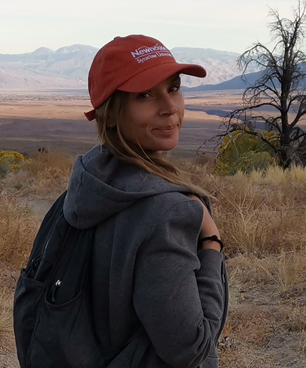 Benjamin is an entrepreneur, wishing to use his business as “a force for good”. He is the founder and co-director of AIR coop (est. 2010 – Annecy, France), a co-op of 15 entrepreneurs dedicated to guide and support organizations in their sustainability journey. Benjamin is consulting for various types of organizations in Europe, from one-man shows to billion Euros companies mainly in the sports, leisure and textile industry.

Benjamin co-founded a number of environmental oriented NGOs in France. He recently became 1st vice mayor of the city of Annecy.

Over the past 10 years, Benjamin has slowly but steadily built himself a reputation as sustainability leader within the European outdoor sports and textile industry, while remaining engaged with the local community.

About AIR coop
AIR coop was one of the first B Corp certified companies in France (2015) and now very much engaged in spreading the movement. AIR coop is also a member of the 1% for the Planet network since its creation in 2010. 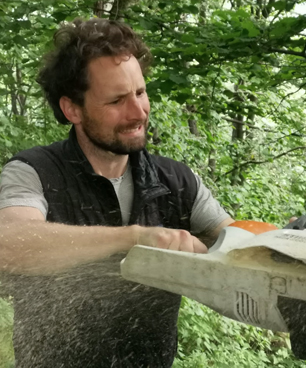 Grown was founded in 2007 by Dr. Tobias Luthe and Dr. Jan Reger. We both are school mates, friends and skiers for life and merge our experiences and passions for sports, design and sustainability in the Grown collective.

Co-founder of Grown
Dedicated skier for more than 30 years
Head of department at an engineering company
Specialized in virtual development, computer aided engineering and optimization 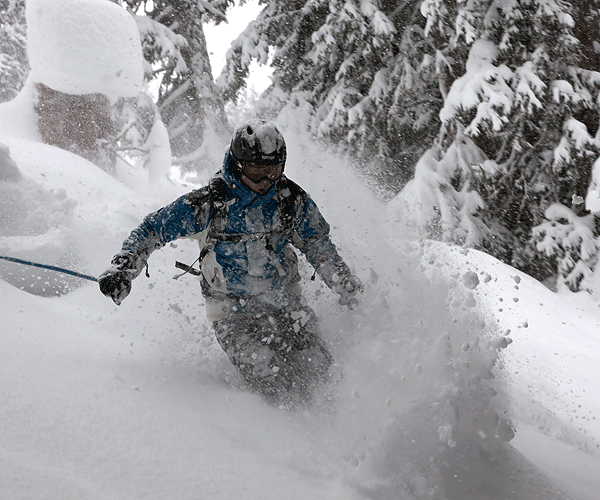 Grown friends are representing our values of being pioneers in sustainable ski design, and of developing high tech and eco products. We team with professional skiers and sustainability advocates to test our products in the field, to become part of our open innovation product development process, and to communicate our vision. 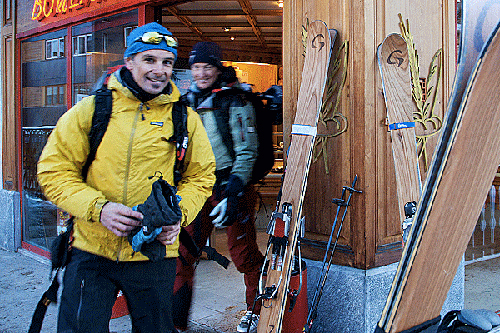 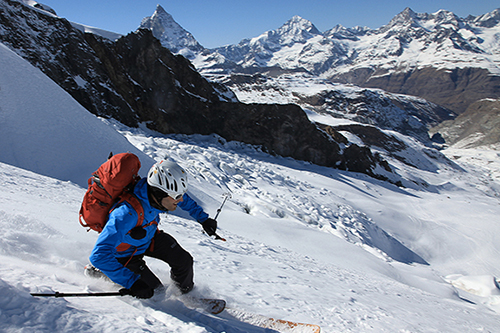 Dedicated free skier and Telemarker for more than 30 years
PGDip economics & finance
MSc in sustainability & management
Self employed as sustainability consultant in the skiing industry
Responsible for life cycle assessments of garments for a world leader in outdoor membranes
formerly responsible for the Green Guide of ski resorts at the NGO Mountain Riders, France
Cofounder and president of the Sustainable Mountain Tourism Alliance (SMTA) 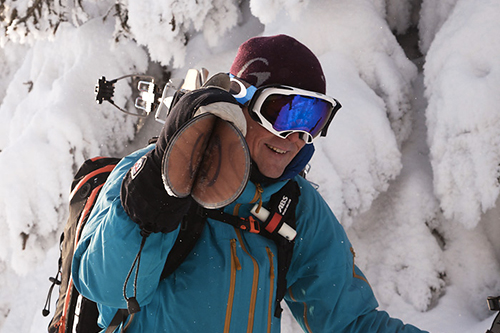 Dedicated Alpine skier for more than 20 years
Aspirant Staatl. gepr. Skilehrerin DSLV Alpine/Nordic (ISIA)
Guide and instructor for the snowsports school Schneestolz
Manager of a mountain- and ski hut on a South Tyrolian glacier – dedicated to move the hut management towards eco efficiency 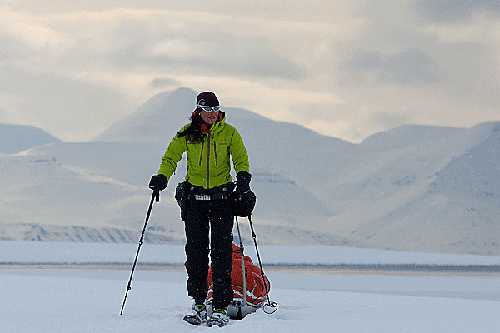 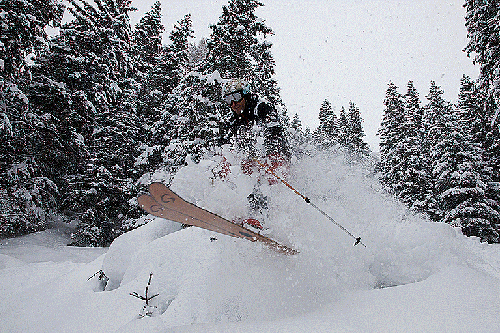 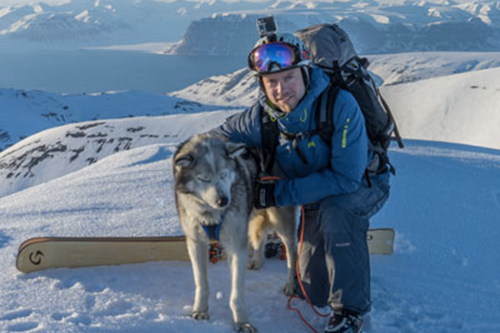 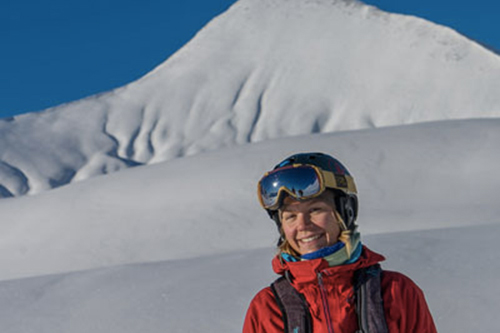 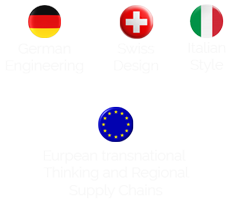 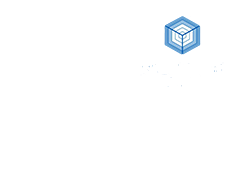